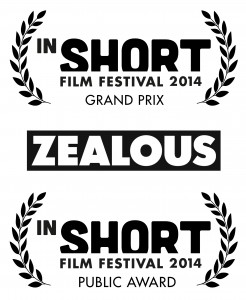 InShort Film Festival jury, made of film industry professionals will award the best film of InShortFF 2014 with Grand Prix.
Zealous is our official partner for the InShortFF Grand Prix Award. Zealous seeks to bring together artists and organisations from all creative fields online, to help generate and match opportunities with creative talent.

You can become a jury member too! join us on 6th August at The Yard Theathre (Hackney Wick, London, UK) and vote for your favorite short movie. The film that will gather the largest amount of votes will receive the InShortFF Public Award. 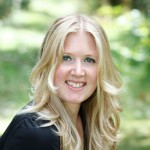 After choosing not pursue a career in Academia, Doctor Rebekah Louisa Smith began her film industry career in 2007 working as one of the producers of Wales’ national horror film festival, the Abertoir Horror Festival, which is part of the European Fantastic Film Festivals Federation. 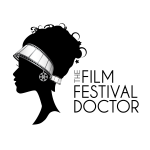 and an academic background, she is an Associate Producer, Exec Producer, P.A./Secretary and film Journalist.

Rebekah understands the processes of festival film selection from working within the film festival sector and has subsequently built an impressive directory of contacts. Her company, The Film Festival Doctor is a consultancy & management service based in London, where Rebekah offers a range of services to film makers in order to help them to achieve successful international film festival exposure & theatrical distribution. 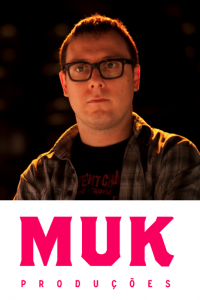 Based in São Paulo, Brazil,  Daniel’s biggest achievement was directing and curating the Festival Cine Favela, the world’s biggest event dedicated to promoting cinema from the peripheries. He won the Accessibility Award as Personality of the Year 2013. His project Vira-Latas de Aluguel was elected the Best Theatre Project of the same year by the R7 news website and was also nominated to the Shell Theatre Award in the innovation category. 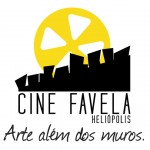 His first feature SATYRIANAS, 78 HORAS EM 78 MINUTOS premiered at the film competition of FESTIVAL DO RIO and was one of the top 5 best films according to the public vote on the 36o. SÃO PAULO INTERNATIONAL FILM FESTIVAL. As a film workshop facilitator he has trained over 1000 young people and adults. 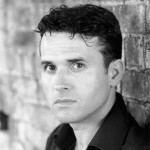 Chris was born and brought up in Derry, Northern Ireland. As a screenwriter he has developed projects for DreamWorks, Film Four, Talkback Thames, BBC, Pathé and Kudos.

In 2011, Yellow Bird Pictures commissioned Chris to adapt the Victorian novel LITTLE LORD FAUNTLEROY. His TV movie LITTLE LADY gained an audience of over 12 million people in Europe and was the most watched show on Italian television on Christmas Day 2012 with 4.74 million tuning in. His original feature film screenplay, THE PILGRIMAGE, was shortlisted for the BBC Tony Doyle Award, eventually winning the runner up prize.

He has been hired to work on a number of projects by the Oscar winning screenwriter Simon Beaufoy including the environmental thriller BURN UP, the screen adaptation of Steven Hall!s cult novel THE RAW SHARK TEXTS and the adaptation of Terry Pratchett!s BROMELIAD TRILOGY as the animated feature film TRUCKERS for DreamWorks. 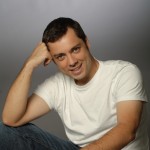 Damian graduated from the University of Southern California’s prestigious film school and his work has been recognized with the Jack Nicholson Directing Scholarship, The Best Story for a Motion Picture award in LALIFF, regional Emmy’s for writing and directing, and the ABC/Disney writing fellowship.
He currently resides in Miami, where he is developing several feature films and working as director of entertainment programming for the Spanish language TV network, America Teve. 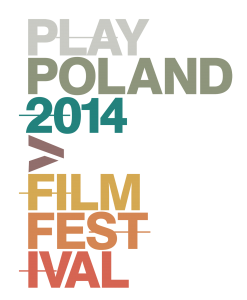 Play Poland Film Festival is the largest mobile film event in Britain, aiming at presenting and promoting contemporary Polish cinema. This year Play Poland will be held in the UK, Canada, Norway and China.

CRÉACTIvitae aims to create a cultural space to promote and develop contemporary art, intercultural exchange and international solidarity, through animations, exchanges and training we became non-formal education organisation on local and international level.

David Brunet & Anna Schwartz from Cafe Clap
Cafe Clap is an association based in Dinan ( Brittany) created in 2012 which purposes are to produce, screen and to promote audiovisual and multimedia art. All year round, Cafe Clap produces short films, organises screenings and debates and video initiations workshops for young people from Dinan area.